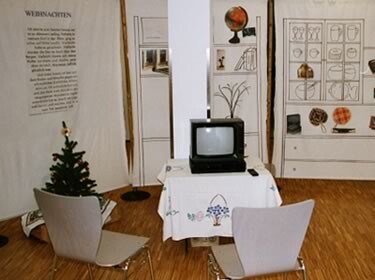 Where we showed our exhibition so far

From Theophanu, a Byzantine woman sent to the German imperial throne, to the “war brides" of the Second World War, to today's marriage migrants from the Philippines, Brazil and Eastern European countries, love stories are told, confronted with social clichés to which pop songs, films, operas and musicals such as “Madame Butterfly" and “Miss Saigon" have contributed.

The exhibition encourages a more impartial approach to one another, questions one's own clichés and advocates the rights of migrant marriages. Political demands can be emphasized with the exhibition. 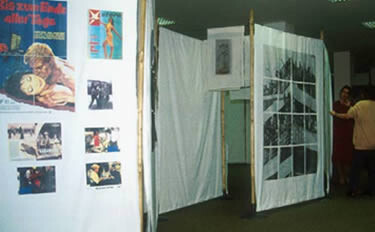